" 'Individual Bishops are the visible source and foundation of unity in their own particular Churches (diocese).' As such, they 'exercise their pastoral office over the portion of the People of God assigned to them,' assisted by priests and deacons... Bishops, with priests as co-workers, have as their first task 'to preach the Gospel of God to all...,' in keeping with the Lord's command. They are 'heralds of faith, who draw new disciples to Christ; they are authentic teachers' of the apostolic faith 'endowed with the authority of Christ.' " - Catechism of the Catholic Church nos. 886, 888 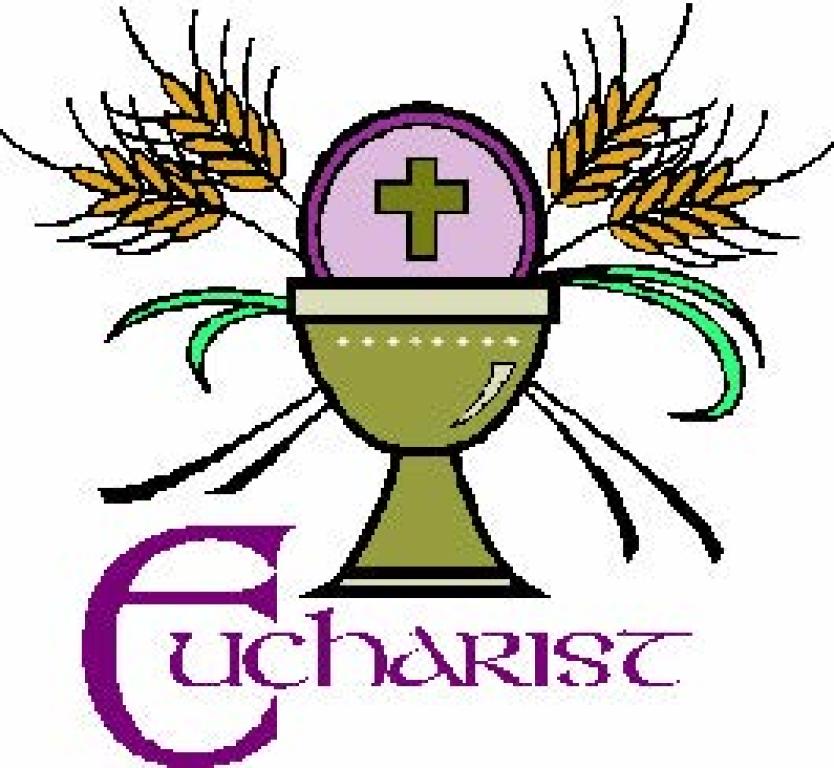 The Eucharist: Catholic Beliefs and Practices
The second in a series of teachings on the Eucharist

Archbishop Fulton Sheen, when teaching about the Mass, emphasized the notion of sacrifice. If we take time to ponder the notion, there is little in life that does not require sacrifice. This especially applies to relationships between people. A fundamental principle of life that there is no communion or exchange of love without sacrifice. Even with the most mundane daily actions, sacrifice is necessary. By way of analogy, every day we must take in food for nourishment. If we do not eat, we become weak and can even die if we go too long without food. To eat something, whatever it is, be it a vegetable or a steak, requires the substance to sacrifice its life in order for us to take on its nourishment. Relationships too require sacrifice. Parents and spouses will readily recognize this. What marriage does not require making significant personal adjustments for one's spouse! What parent has not had to pour themselves out to take care of infant children! Understanding the significance of sacrifice helps us to perceive the element of
sacrifice in Eucharist.
Through the elements of bread and wine transformed into the presence of Christ, we receive the spiritual nourishment provided as a result of his sacrifice on the Cross. The reason why Jesus instructed his disciples to continue to gather for this meal was so that they could ingest his sacrifice. By ingesting the Eucharistic elements, we ritually ingest the sacrifice of the Cross that he embraced for us. Very much like the Hebrews of old who were instructed to eat a roasted lamb at Passover, its blood having marked the lintels and doorposts of the homes of Hebrews to protect them from death, Christ is our saving Lamb. The sacrifice of Jesus is his total gift of self to the Father on our behalf. He sacrificed himself, not for himself, but for us. Christ did not need to sacrifice himself on the Cross. We needed him to sacrifice himself for our eternal well-being. As we partake of the sacred elements of bread and wine transformed into Christ, we participate in his sacrifice. And as simple elements of bread and wine are transformed, we who partake of these elements are being transformed more and more into the likeness of Christ. When ingesting regular food, the elements of what we eat are assimilated into our bodies for our nourishment. Ingesting the Eucharist, however, is the opposite. By ingesting the Body and Blood of Christ, we are assimilated into Christ for our spiritual nourishment.  Eucharist transforms us spiritually into a closer image of the transformed into the likeness of Christ.  St. Paul once said it so well, “I no longer live.  It is Christ who lives in me” (Gal 2:20).

The Eucharist: Catholic Beliefs and Practices
The first in a series of teachings on the Eucharist

A Pew Research survey on religious views last year found that only 37% of regular Mass going Catholics accepted the teaching of the Church that Christ is truly and actually present in the Eucharist. The teaching of the Catechism of the Catholic Church asserts that Christ is present body, blood, soul and divinity in the Eucharist species. While it is good news that 37% do accept this teaching of the Church, it is sad news that 63% of active Catholics do not fully accept it. A number of commentators quickly noted that the methodology used for the Pew survey actually measured catechetical knowledge more so than actual belief, but the results still are troubling. Even more troubling was that for self-identified Catholics under forty, who only marginally practiced their faith, belief in the real presence was at 26%. In light of these findings and after discussing the survey with members of the Priests’ Council, I decided to begin a series of monthly teachings on the Eucharist, brief in nature, that pastors could provide to parishioners by a medium that works best for each parish. This is the first of the series. Each will be posted on the diocesan website: www.diocesegfb.org.
Eucharist, a word derived from the Greek eucharistia, means thanksgiving. The early Christian community began to use the word to refer to the Last Supper meal of Jesus with his disciples. There are four accounts of the institution of the Eucharist in the New Testament, the earliest account being by St. Paul in his First Letter to the Corinthians (1 Cor 11:23-26). These early Christians gathered on Sunday in order to recall Christ’s passion, death and resurrection from death because it was on Sunday that he rose from death. Their coming together offered them time and opportunity to thank God for their redemption from sin and lasting death in and through Christ. At the Last Supper, referring to Christ’s last gathering before his arrest, Jesus instructed his disciples to “do this in memory” of all that he would do for them in the following days through his death and resurrection. He connected everything he would experience through his passion, death and resurrection with the sacred meal they were sharing and which he instructed them to continue. It was more than a sacred farewell meal. It was participation in a saving action. Through their continuing to gather and share this meal, they were able to join in his saving sacrifice by which he brought about the possibility of salvation for people once and for all.